The NRLA (New Rail Link through the Alps) consists of three base tunnels and their access routes. These run through the Alps at the level of the Swiss Plateau and have replaced the existing mountain routes, with their considerable differences in height, as the main transport axes. 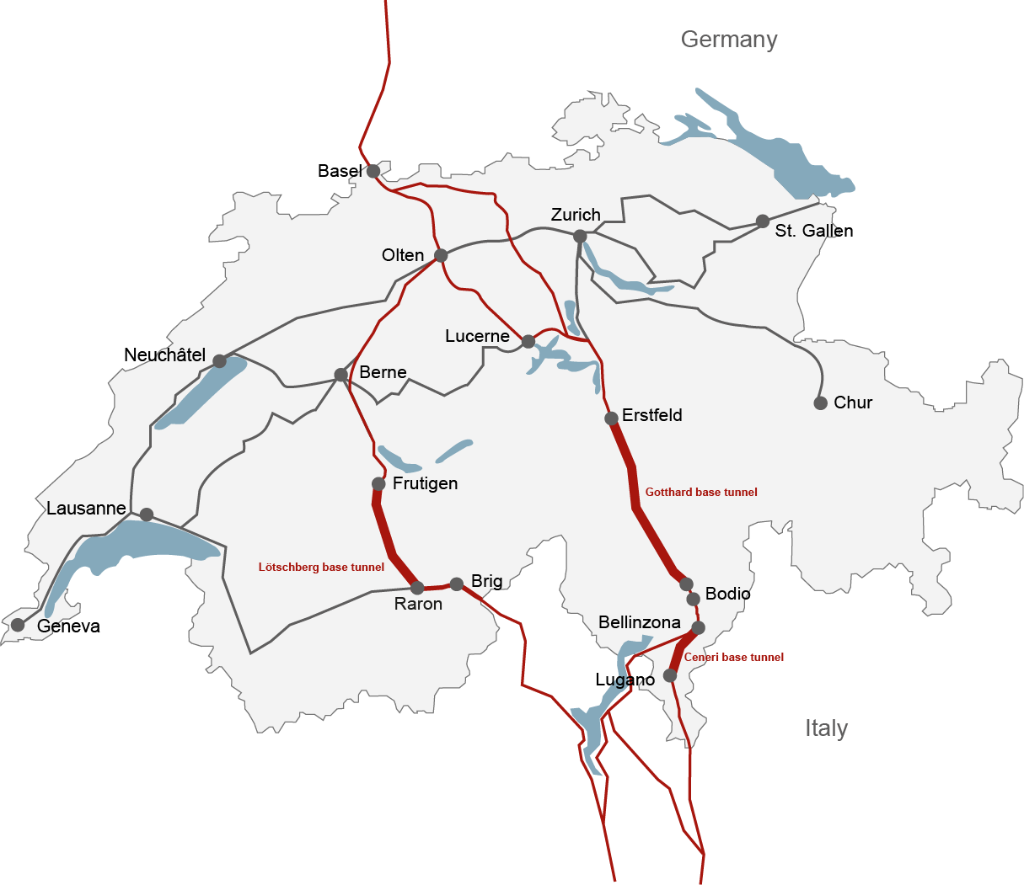 The NRLA comprises two routes running from north to south; one through the Lötschberg mountain and the other through the Gotthard mountain.

At 57km, the Gotthard Base Tunnel has overtaken the Seikan tunnel in Japan (53.8km) as the world’s longest rail tunnel. With 2,300m of rock above it, it is also the world’s deepest mountain tunnel. The Gotthard Base Tunnel consists of two fully developed, separate tubes, and shortens the mountain route between the cantons of Uri and Ticino by around 30km. The tunnel has been in use since December 2016 and up to 260 freight trains can travel through it every day. A half-hourly regular timetable will be introduced for passengers. The cost of the Gotthard Base Tunnel is running at CHF 12.2 billion (current costs including interest and VAT). The immense significance of the Gotthard Base Tunnel was demonstrated on the occasion of its grand opening on 1 June 2016, at which the heads of state and government leaders from all neighbouring countries, the EU transport commissioner and the entire Swiss Federal Council were represented.